The 2013 Vermont Woodcock Season is set!

This coming Woodcock Season is now official...its a 45 day season again and opens October 1st 2013....here is the news release: Vermont’s Migratory Bird Hunting Seasons Are Announced VERMONT FISH & WILDLIFE Press Release For Immediate Release: August 15, 2013 Contact: David Sausville 802-878-1564; Mark Scott 802-777-4217 Vermont’s Migratory Bird Hunting Seasons Are Announced MONTPELIER, Vt – The Vermont Fish & Wildlife Board approved the 2013 migratory bird hunting season dates at its August 14 meeting in Montpelier. A printable copy of the regulations can be downloaded from the Vermont Fish & Wildlife Department website (www.vtfishandwildlife.com). A printed version also will be available from license agents and post offices in early September. A statewide Vermont open hunting season for Canada geese will occur September 3-25. The daily bag limit is five Canada geese except in that portion of the Lake Champlain Zone within Addison County north of Route 125, where the limit will be two per day. The purpose of the September season is to help control Vermont’s resident Canada goose population prior to the arrival of Canada geese migrating south from Canada. A second Canada goose hunting season, which targets both resident and migrant birds, will be held October 10- November 28 with a daily bag limit of three Canada geese in the Lake Champlain and Interior Vermont Zones. In the Connecticut River Zone, the Canada goose season will be October 2-November 3, and November 19-December 15 with a daily bag limit of two Canada geese. Duck season this fall opens on Wednesday, October 9 in the Lake Champlain and Interior Vermont Zones, and on October 2 in the Connecticut River Zone. The Lake Champlain Zone has a split season (October 9-13 and October 26-December 19). The Interior Vermont Zone is a straight season (October 9-December 7). The Connecticut River Zone is a split season (October 2-November 3 and November 19-December 15). Vermont’s youth waterfowl hunting weekend will be September 28 and 29. Resident and nonresident hunters 15 years of age or younger may hunt ducks and geese statewide during this season while accompanied by an adult 18 or older. Both must have Vermont hunting licenses. The adult may not hunt or carry a firearm. The youth and the adult are not required to hold state or federal duck stamps on this weekend. Woodcock hunting season is October 1- November 14 statewide with a three-bird bag limit. A waterfowl hunter 16 or older must carry current federal and Vermont duck stamps in order to hunt waterfowl in Vermont. Federal stamps are sold at post offices. State duck stamps are available on Vermont Fish & Wildlife’s website (www.vtfishandwildlife.com) and from license agents. The hunter must sign the federal duck stamp. All migratory game bird hunters must be registered with the Harvest Information Program (H.I.P.). You can register on Vermont Fish & Wildlife’s website or call toll-free 1-877-306-7091. After providing some basic information, you will receive your annual H.I.P. registration number, which you then need to record in the H.I.P. section of your hunting license. The hunting season dates, bag limits and related regulations for all migratory birds are set annually in August within a framework established by the U.S. Fish and Wildlife Service, and in coordination with New York and New Hampshire. Waterfowl season dates and bag limits are set in three zones: Lake Champlain, Interior Vermont, and Connecticut River. The New Hampshire Fish and Game Department sets the season dates and bag limits for the Connecticut River Zone. -30-
Posted by Chuck Kashner at 3:16 PM 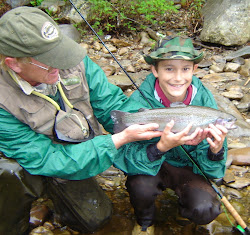 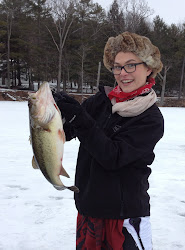 Your complete source for outdoor goods

Manchester Vermont and the Mountains Lodging 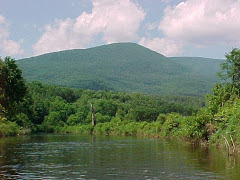 please click on photo for redirect of selected lodging

Buy a small game license for $50.00 and get a HIP number too